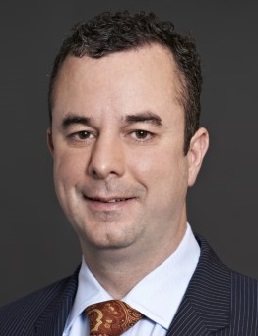 The mission of St. John’s University Center for Excellence in Enterprise Risk Management is to “become a leading center that brings together students, academicians, executives, and board members for the purpose of developing and sharing knowledge, tools, and best practices in enterprise risk management.” The Center did just that when it hosted a panel discussion on geopolitical risk on October 15, 2015. Four noted experts of diverse backgrounds participated in the discussion, which focused on the growing instability in the world with traditional places of peace becoming more fragile and regional hegemony rising in the Middle East.

Fellow panelists: Guillermo Christensen, a senior associate with global law firm Baker Botts, who specializes in national security and international trade law; Roger Schwartz, a senior vice president in the political risk practice at Aon; and Zachary K. Goldman, executive director of the Center on Law and Security and adjunct professor of law at New York University School of Law.

The esteemed panel covered a wide variety of topics, ranging from the current political situations in China and Russia, to the continuing problems in Syria and the overarching threat of cyberattacks.

Following are some of the highlights of the discussion:

In summary, the geopolitical environment the West faces is highly dynamic as economic uncertainty continues, tensions rise in the East China Sea and the Middle East, Russia flexes its muscles, and cyber threats expand unabated. All of this presents U.S. policymakers with daunting challenges as they evaluate policy options.