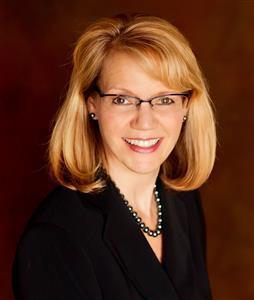 Until fairly recently, companies rarely took public positions on anything but their products or services. That’s changing, particularly in the technology industry, as customers, shareholders and employees demand corporate social responsibility (CSR). Companies that want to build strong brands need to address CSR issues or face the prospect of losing investors, employees, and even the ability to operate in certain jurisdictions.

Protiviti has published a four-part series on key considerations for technology industry board members and executives interested in what the responsible technology firm of the future might look like. Our series focuses on the rapidly changing landscape that is altering the conversation at the highest levels of technology companies and offers insights to help companies be prepared for the future.

The conversation began with an overview of the changing landscape of the technology industry and continued in subsequent posts with a regulatory wake-up call, and advice on how a firm but flexible compliance framework can help innovation rather than hinder it. We close here with a discussion of social responsibility.

Peter Drucker famously said that what gets measured gets managed. On October 1, 2018, a consortium of academics and institutional investors representing more than $5 trillion in assets filed a petition with the U.S. Securities and Exchange Commission (SEC) calling for standardized disclosures by public companies of the environmental, social and governance (ESG) aspects of their businesses.

And in November, the Sustainability Accounting Standards Board (SASB), an independent standards-setting body modeled on the Financial Accounting Standards Board (FASB), finally released its set of sustainability standards. Work on the SASB standards initiated in 2011, also at the push of investors who wanted clearer and more consistent, complete and easily comparable sustainability reports on which to base investment decisions. According to the SASB website, “The 77 industry-specific standards are the first of their kind designed to assist companies in disclosing financially material, decision-useful sustainability information to investors.”

These two developments are the latest in a growing wave of requests for standardized measures of corporate social responsibility encompassing a wide range of sustainability risks, including climate change, resource scarcity, diversity, governance and good corporate citizenship.

One area of particular concern for the tech industry is the area of gender diversity. Women make up half of the total U.S. college-educated labor force, but account for just 29 percent of the science and engineering workforce. In tech fields specifically, women account for only 10 percent of network architects, 12 percent of systems administrators, and 20 percent of software developers. The picture is even worse in the C-Suite, where women hold only 11 percent of executive positions, according to a recent article in Forbes.

We’ve heard the argument that maybe men are more naturally inclined toward technical occupations than women. That’s a canard. The truth is that there is something about the overall treatment of women in the tech industry (lower pay for same work, lack of a clear growth path, lack of acknowledgment of contributions, etc.) that either prevents women from entering the tech fields or hastens their departure.

Unless these issues are addressed, the implication is that there won’t be enough people in the talent pool to sustain the continued pace of change. Some jurisdictions have gone so far as to make gender diversity a requirement. By a law effective September 30, 2018, public companies with headquarters in California, for example, are required to have at least one woman on their board of directors by December 31, 2019. Companies with six or more members on their board are required to fill at least half of those positions with women by 2021. Companies will be fined $100,000 for their first year of non-compliance and $300,000 for each subsequent year in which they are found to be non-compliant.

The bottom line is that stakeholders are demanding that companies use the resources they have to address sustainability issues. Responsible technology companies are looking for ways to address these challenges proactively and are taking steps to help shape the public discourse.

People vote with their wallets. If there’s a choice between two very similar companies, it is increasingly likely that fortune will favor the one that takes its corporate social responsibility more seriously. Now is the time for responsible tech companies to make an honest assessment of their shortcomings and take bold action to address them. Their future could very well depend on it.

We hope you have enjoyed this series as much as we have in presenting it. Join the conversation by adding your thoughts in the comment section below. You can read the series, in its entirety, on our website.