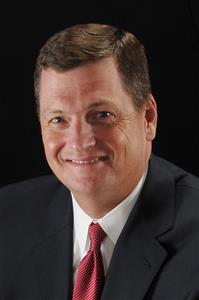 Uncertainty created by the COVID-19 pandemic kept investors on the sidelines in the first half of 2020. During this period, merger and acquisition (M&A) volume dropped 32% compared to the previous year and total deal values declined by more than half to $901.6 billion, versus $1.9 trillion in the prior-year period.

The first half of 2020 saw only $73.5 billion in technology deals, barely more than half of the $136.9 billion reported during the same period in 2019. However, as the pandemic accelerated the uptake and rollout of online remote services, technology, media and telecommunications (TMT) emerged as one of the busier sectors for M&A. In Q3 2020, TMT M&A activity accelerated, with 760 deals totaling $301.2 billion. A similar story played out in the industrials and chemicals, financial services, pharma, medical and biotech sectors.

The largest and most complex deals drove the Q3-resurgence. Large deals, those with disclosed values of $5 billion or more, skyrocketed 256% quarter over quarter, reaching 32 transactions (totaling $451.3 billion) in Q3 2020. Not since Q4 2015 have so many large deals been announced. However, notwithstanding the strong recovery, the increase in large deals is unlikely to erase the lackluster performance in the first half of 2020. Year to date, there has been a total of $1.86 trillion in deals, compared to $2.58 trillion for the same period in 2019, representing a 27.9% decline.

The past few years were incredibly hot in terms of both the number and size of M&A transactions. In addition to mega-deals, which tend to get the most media attention, there’s been significant growth in the middle market. All that activity essentially halted amid the economic uncertainty surrounding the pandemic.

Valuations, which were running at 10 to 15 times earnings a year ago, reset as both buyers and sellers got a better feel of what it would take to purchase an organization. While there is still significant uncertainty (e.g., the outcome of the November 3 U.S. presidential election), the sense that businesses can only pause their activity for so long is creating opportunities.

In previous downturns, pent-up demand for M&A has driven a surge in activity during the recovery. The same may be true this time around. Private equity is currently sitting on an estimated $1.5 trillion of dry powder, waiting for the right time and opportunities. We have already seen some foreshadowing of this, as private equity accounted for 19.2% of global M&A activity by volume in the first half of 2020 — the highest level since 2005.

One of the biggest stories of 2020 has been a surge in initial public offerings (IPOs) by special purpose acquisition companies (SPACs) — a type of shell company created to acquire unspecified target companies that might be underperforming or undercapitalized. As reported in a recent Protiviti blog, bargain-hunting SPACs accounted for 38% of U.S. IPO activity as of May 20, 2020, with a net intake of $6.5 billion — more than the total capital raised by institutionally backed IPOs. And that’s not counting the 21 SPAC IPOs delayed due to COVID-19.

Transaction volume is up significantly in Q4 2020, led by technology deals. That trend is likely to continue in Q1 2021. So, now is the time for companies to ensure they’re ready to execute a transaction. Senior management and board members will want to assess their organization’s transaction capabilities and consider questions such as:

Both the buy-side and sell-side should be asking these key questions too. Companies looking to increase market share by purchasing an underperforming company will want to make sure they have the people and playbooks needed to make those transactions successful. A framework can ensure everyone is on the same page. On the sell-side, firms should consider developing a methodology for determining what to sell, when and who plays what role in the process.

As capabilities mature, roles become more defined. Organizations need to carefully assess where they fall on the capability curve, where it makes sense to partner with third parties, and how to implement tools and technology to help manage the entire process efficiently.

The Need for the Right Tools

Every transaction is unique, but there are standard templates, frameworks and playbooks that can be loaded into an M&A platform to help manage the process quickly and efficiently. These virtual platforms walk users through the M&A process step by step, plotting out dependencies across functions with examples, tools and templates.

Such tools can be especially helpful in large, complex deals, especially under remote working conditions, where the traditional M&A routines of large groups working together in conference rooms with spreadsheets and notecards “walking the walls” may not be practicable.

Unless an organization is continuously shopping for acquisition targets, there is little need for a full-time team dedicated to M&A. Nor is it always necessary to hire a big consulting group and follow their cookie-cutter transaction model from A to Z.

A flexible resource model, fit for purpose to the transaction at hand, is most likely to provide the right level of support at an optimal cost. The right third party will bring years of experience, knowing that an M&A deal is not the right time for on-the-job training or learning.

With the M&A market in a waiting mode, companies should be prepared to move quickly. They can use this period of relative quiet to identify targets, assess their frameworks and explore third-party consulting relationships so they will be in a stronger position to capitalize on the opportunities likely to emerge in the coming months.